Receive a free Copy by Mail 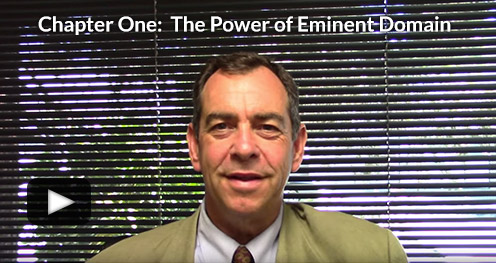 CHAPTER I: THE POWER OF EMINENT DOMAIN

Traditional examples of “public uses” for which the government might exercise its power of eminent domain include such things as schools, roads, libraries, police stations, fire stations and similar public uses.

It should be noted, however, that the term “public use” has been interpreted very broadly by the Courts. The project need not be actually open to the public to constitute a public use. Instead, generally only a public benefit is required.  Some cases, for example, have even allowed the use of eminent domain for the sole purpose of increasing tax revenues. What constitutes a “public use” is an ever evolving issue and in questionable cases, experienced eminent domain counsel should be consulted to review whether the government’s proposed taking is truly a “public use.”

Typical challenges to the right to take include failure of the government to follow the proper procedural steps towards eminent domain (see “The Eminent Domain Process” chapter of this Handbook). It must be remembered that the circumstances allowing a successful challenge to the right to take are rare. Each case must be evaluated on its own facts and experienced eminent domain counsel should be consulted. Seeking compensation for the taking, rather than challenging the government’s right to take, will be the property or business owner’s usual remedy.

If I am successful in challenging the government's right to take my property, can I keep my property and recover my costs?
Where a property owner successfully challenges the government’s right to take his or her property by eminent domain, California law provides that the eminent domain proceeding may be dismissed. The property owner may be entitled to recover his or her litigation expenses including attorneys’ and appraisers’ fees incurred in the action.